Proverbs 26 - Fools and Lazy Men... How do you recognize and deal with them? Yes, it's in there! 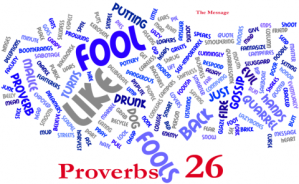 Welcome to Day 26! Welcome New Readers from Serbia and Belize!!! Thank you very much for participating. Big Blessings to Each of You!

~~~~~~~
PROVERBS 26
V1 Honor doesn't go with fools any more than snow with summertime or rain with harvest time!
V2 An undeserved curse has no effect. It’s intended victim will be no more harmed by it than by a sparrow or swallow flitting through the sky.


V3 Guide a horse with a whip, a donkey with a bridle, and a rebel with a rod to his back!


V4,5 When arguing with a rebel, don’t use foolish arguments as he does or you will become as foolish as he is! Prick his conceit with silly replies! <-- paraphrased version, see pic below) 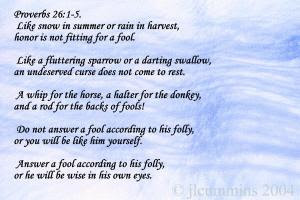 V6 To trust a rebel to convey a message is as foolish as cutting off your feet and drinking poison!


V7 In the mouth of a fool a proverb becomes as useless as a paralyzed leg.


V8 Honoring a rebel will backfire like a stone tied to a slingshot!


V9 A rebel will misapply an illustration so that its point will no more be felt than a thorn in the hand of a drunkard.


V10 The master may get better work from an untrained apprentice than from a skilled rebel.

V11 A dog returns to his vomit, so a fool repeats his folly.


V12 There is one thing worse than a fool, and that is a man who is conceited. 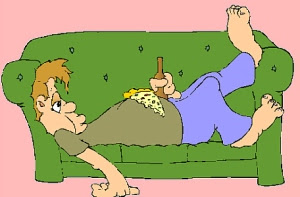 V14 He sticks to his bed like a door to its hinges!


V15 He is too tired even to lift his food from his dish to his mouth!


V16 Yet in his own opinion he is smarter than seven wise men.


V17 Yanking a dog’s ears is no more foolish than interfering in an argument that isn’t any of your business.


V18,19 A man who is caught lying to his neighbor and says, “I was just fooling,” is like a madman throwing around firebrands, arrows and death! 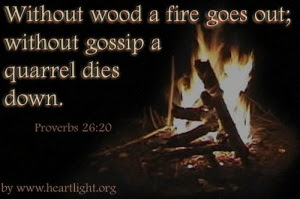 V20 Fire goes out for a lack of fuel, and tensions disappear when gossip stops.


V21 A quarrelsome man starts fights as easily as a match sets fire to paper.


V22 Gossip is a dainty morsel eaten with great relish.


V24,25,26 A man with hate in his heart may sound pleasant enough, but don’t believe him; for he is cursing you in his heart. Though he pretends to be so kind, his hatred will finally come to light for all to see.


V27 The man who sets a trap for others will get caught in it himself. Roll a boulder down on someone, and it will roll back and crush you. 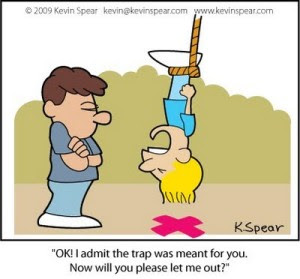 V28 Flattery is a form of hatred and wounds cruelly. CLB
--
V28 from the NIV  ---“A lying tongue hates those it hurts, and a flattering mouth works ruin."

*******
Enjoy this song as you move about your day/evening! Thank you for Reading and Sharing!!! Big Blessings to You!

Posted by One in a Billion Consulting at 7:42 AM