The Crisis: High School Dropouts and the Effect on our Communities by Barbara Baggerly-Hinojosa 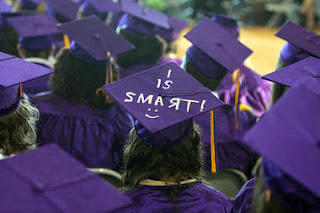 The United States, once the world leader in graduating students from high school, is in an “unrecognized educational crisis,” according to former United States Secretary of Education Rod Paige (Amos, 2008). Bill Gates calls United States high schools “obsolete,” while Oprah Winfrey has said that the nation is in a, “state of emergency” because of them (Amos, 2008). 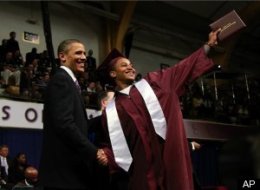 President Barack Obama issued a challenge to the American people. The Presidential challenge was for every American citizen to become actively involved in improving the K-12 public education system. Even though President Obama reported that students themselves are responsible for their educational progress, he challenged all Americans to embrace this responsibility as well. “It’s up to all of us,” he said.
This educational challenge came to the American people during a troubling time in our nation’s schools. Each year, nearly one-third of all public high school students (and almost one-half of minorities) fail to graduate from high school with their class.  High dropout rates have negative consequences for dropouts themselves, our economy, and the civic fabric of communities. 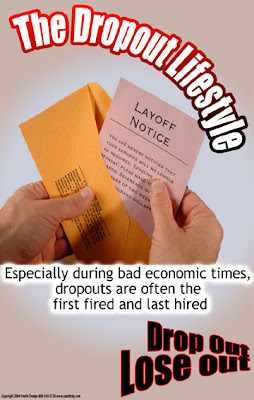 Dropouts are much more likely to be unemployed, living in poverty, receiving public assistance, in prison, on death row, unhealthy, divorced, and single parents with children who drop out from high school themselves (Bridgeland, et al, 2006).  Cities and states with a large number of high school dropouts find it more difficult to attract new businesses.  At the same time, high dropout rates produce additional spending on social programs and the criminal justice system which, ultimately drain state and federal budgets.
The more dropouts we have, the less human potential and tax revenues we generate.

Dropouts are less likely than others to be employed, more likely to receive public assistance, and much more likely to be incarcerated (Princotta, 2009). 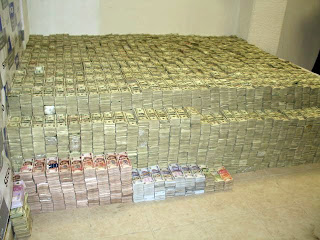 Each high school dropout costs the public approximately $209,100 over a lifetime.  Altogether, dropouts cost the more than $300 billion per year (Amos, 2008). In addition, communities with high dropout rates experience a less vital democracy and a weakened ability to compete in the global economy. 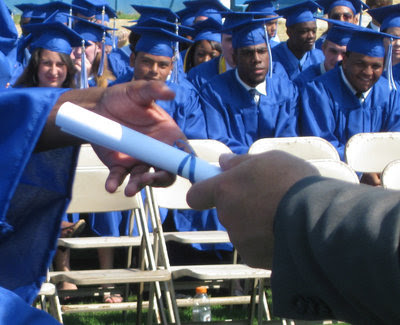 Our nation can no longer afford to lose students at these rates every school year. The public high school dropout situation is nothing short of a crisis. Addressing the dropout crisis is one of the most effective ways we can support long-term economic growth in our nation.
We all can take on a leadership role in making sure our community supports access to quality education for all our children.

The following tips just may help a child stay in school: 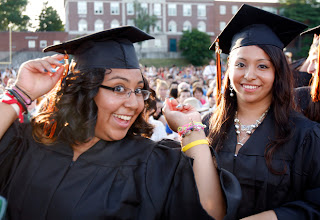 Princotta, D., Ryena, R. (2009). Achieving graduation for all.  A governor’s guide to dropout prevention and recovery.
for Best Practices.