It’s Not Easy, But It’s Not About Me by Tiffany Alexander 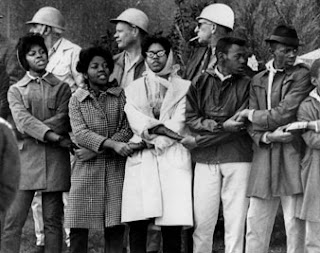 (First posted, January 2011)
I’ve been known to set ambitious goals, dreams that seem far-fetched even for someone who keeps her head in the clouds as much as I do.
I wake up in the middle of the night nearly every evening. There’s so much I want to do – so much that I want to accomplish – that my mind won’t relax long enough to give my body time to rest and catch up. I’m tired.
It’s not lost on me that my life would be a lot easier, and probably a lot more comfortable, if I just gave up. If I weren’t investing so many of my personal resources in trying to improve the lives of children and teens and fighting stereotypes and social injustice, I could afford that bigger house and nicer car. I could travel more, eat at fine restaurants, buy nicer clothes, have weekly spa treatments.
All I’d have to do is admit to myself that it’s too hard. And it is. I’d have to admit that there are people who are eager to step into my shoes. And there are. I’d have to accept failure. And I can.
But I won’t do any of that.
I recognize and respect that I’ve been divinely entrusted with a vision. Giving up might lead to an easier life, but it would also mean bailing on a dream – a gift – God gave me when he woke me up on one of those restless nights.
He dropped a purpose into my life, and therefore my life isn’t about me.

On this day, the day the country has set aside to honor Dr. Martin Luther King Jr., and after the recent events in Arizona, I realize what a great honor and burden such a revelation is. God has trusted me with one of his seeds. He provides the light and nutrients, but I also must endure the storms and fertilizer required for its growth.
It’s not easy, but it’s not about me.
I realized that when I heard about the death of 9-year-old Christina Green. Born on September 11, 2001, and killed during a mentally impaired gunman’s assassination attempt on Congresswoman Gabrielle Giffords, her life was bookended by tragedy.
I couldn’t stop reading about her, how she was elected to the student council. How she yearned to learn more about the American political process. How she was one of fifty “Faces of Hope.” How she was the only girl on her Little League team.
In memorializing Christina and the five others killed in Tucson, President Barack Obama said we owe her and her memory. He commanded us to create an America that is everything she believed it could be.
Christina is gone, but her story continues to touch people. I’m grateful for the pieces of her life that weren’t about her, the pieces that Dr. King referred to as being tied in our “inescapable network of mutuality.”
We are “tied in a single garment of destiny,” he said. “Whatever affects one directly, affects all indirectly.” 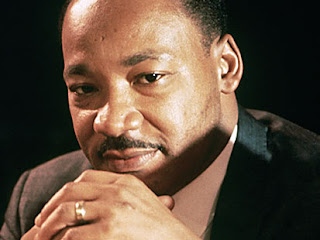 Our lives aren’t about us.
I spent some time today studying some of Dr. King’s words, the familiar and the not so well known. It’s amazing how little of this man’s life was about him. That whopping drop of purpose God entrusted to him during a restless night was an awesome responsibility and an enormous burden.
He could’ve said that it was too hard. It was. He could’ve left it in the hands of others who wanted the limelight. They were there. He could’ve accepted failure. It seemed inevitable.
He didn’t do any of those things.
Thank you, Dr. King, for making your life about others.

Welcome Our Newest Contributing Author... My Dear Friend and Fellow Writer, Tiffany Michelle Alexander. In addition to working as a Editor for CNN, she is a highly imaginative and talented freelance writer. I am a completely humbled that she’s agreed to join our global family.
Thank You for Reading and Sharing!
Posted by One in a Billion Consulting at 8:01 PM

Email ThisBlogThis!Share to TwitterShare to FacebookShare to Pinterest
Labels: Inspirational, Motivational, Serving Others