Texas History 101: Do you know these important Black Texans? by Sharon Watkins-Jones

This Black History Month, take a moment to educate yourself and your family about some distinguished Texans, often overlooked in history books.  Don't stop here, head to the local library or bookstore to discover more outstanding contributions made by black American Texans.
George Thompson Ruby and Matthew Gaines

George Thompson Ruby, born a free man in New York in 1841, was, along with Matthew Gaines, one of the first blacks elected to the Texas Senate.
Ruby was educated in Maine, and lived in Haiti as a journalist.  After the Civil War, Ruby returned to the United States and worked as a journalist, educator, and agent for the Freedmen's Bureau, an organization that helped former slaves establish themselves in a new life. In 1869, Ruby was appointed deputy collector of customs at Galveston.  Ruby was an active Republican, in 1868, serving as a delegate to the national Republican convention and to the state Constitutional Convention. In 1869, he was elected to the Texas Senate, and became one of the most influential senators in the 12th and 13th Texas Legislatures. 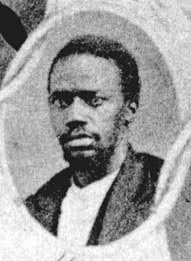 In stark contrast, Matt Gaines was born a slave in Alexandria, Louisiana in 1840. Gaines secretly taught himself to read and attempted to escape bondage twice, once in Louisiana and once in Texas.


Enjoying this? Click here for the complete story. Thank You for Reading and Sharing!


Her primary interests are family-inclusive culture and arts, travel, politics, historical literature, Texas Longhorns and all things Disney.  She writes for the Houston Examiner as a featured columnist.

We have been friends since ‘the crib days.’


Posted by One in a Billion Consulting at 10:17 PM