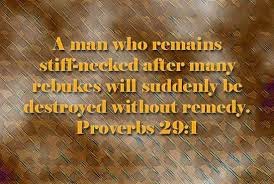 The man who is often reproved but refuses to accept criticism will suddenly be broken and never have another chance.

2 With good men in authority, the people rejoice; but with the wicked in power, they groan.

3 A wise son makes his father happy, but a lad who hangs around with prostitutes disgraces him.

4 A just king gives stability to his nation, but one who demands bribes destroys it. 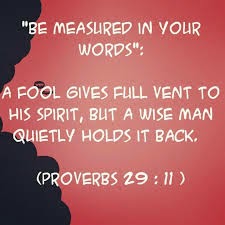 5,6 Flattery is a trap; evil men are caught in it, but good men stay away and sing for joy.

9 There’s no use arguing with a fool. He only rages and scoffs and tempers flare.

10 The godly pray for those who long to kill them.

11 A rebel shouts in anger; a wise man holds his temper in and cools it.

12 A wicked ruler will have wicked aides on his staff.

13 Rich and poor are alike in this: each depends on God for light.

14 A king who is fair to the poor shall have a long reign.

15 Scolding and spanking a child helps him to learn. Left to himself, he brings shame to his mother.

16 When rulers are wicked, their people are too; but good men will live to see the tyrant’s downfall. 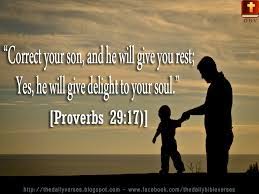 17 Discipline your son and he will give you happiness and peace of mind.

18 Where there is ignorance of God, the people run wild; but what a wonderful thing it is for a nation to know and keep this laws!

19 Sometimes mere words are not enough – discipline is needed. For the words may not be heeded.

20 There is more hope for a fool than for a man of quick temper. 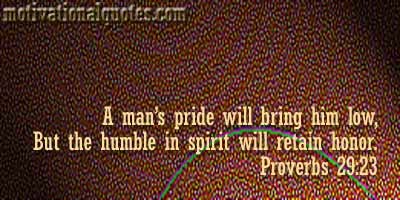 21 Pamper a servant from childhood and he will expect you to treat him as a son!

22 A hot-tempered man starts fights and gets into all kinds of trouble.

23 Pride ends in a fall, while humility brings honor.

24 A man who assists a thief must really hate himself! For he knows the consequence but does it anyway. 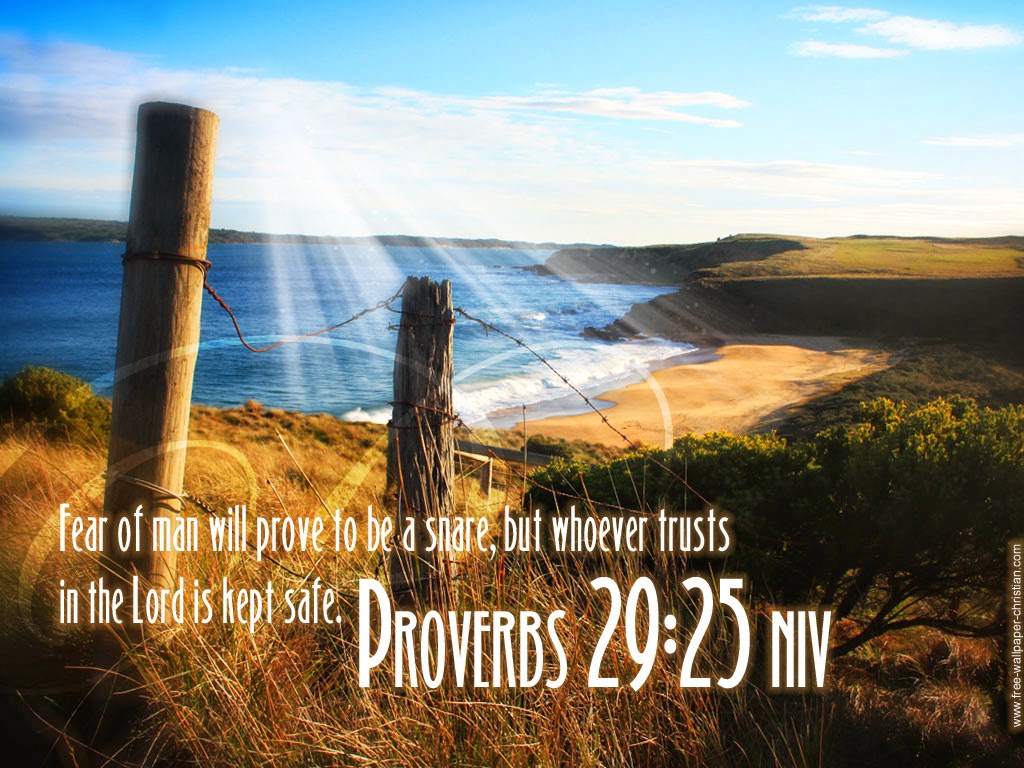 25 Fear of man is a dangerous trap, but to trust in God means safety.

26 Do you want justice? Don’t fawn on the judge but ask The Lord for it!

Posted by One in a Billion Consulting at 1:57 PM